GCA constitutes a new kind of borderless organization with experienced professionals who are well-versed in the world of blockchain. We are specialized in decentralized business development and blockchain ecosystems with a global network calling an active community of content creators and content consumers into action. With our combined 10+ years worth of experience, we know what it takes to provide real serviceable, blockchain-based solutions.

Our organization was established to support prospective blockchain-based projects while providing sustainment to our native news & content publication platform where we offer all participants in the system a way to benefit from both creating and consuming original content.

If you need advisement for your project, join us! As a member of the Alliance, you will be supported by strategic partners with the same mindset in regards to crypto. 24/7, you can exchange your thoughts and ideas with people around the world. Soon we will start our own Alliance Summits – stay tuned. 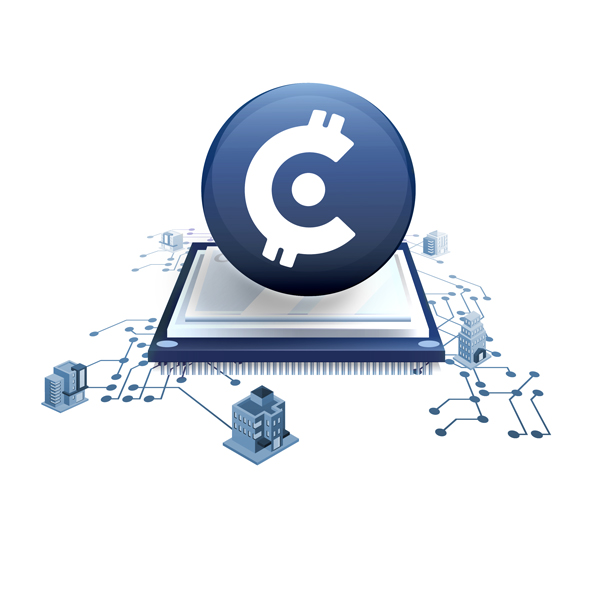 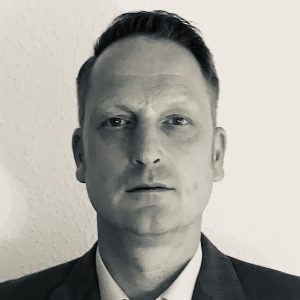 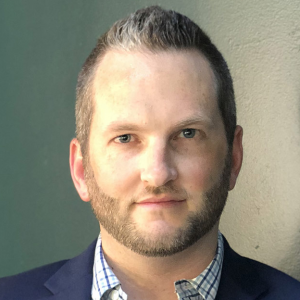 BSc in ECET from Purdue University where he minored in Organizational Leadership and Supervision. 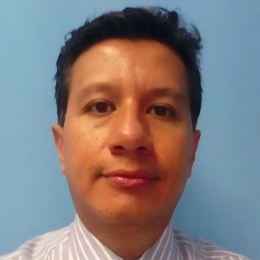 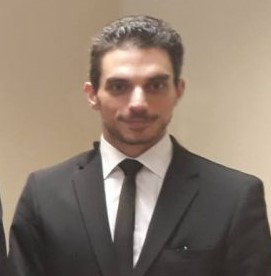 Researcher and expert in information security, with over 7 years of work experience. He specializes in online security, search for 0-day vulnerabilities, ethical hacking, blockchain technologies, incident management, and electronic forensic investigations. He has assisted in forensic investigations in cooperation with the Greek authorities as well as an external information security advisor to the Greek Electronic Social Security Governance, a government agency that manages e-prescription systems. He’s been distinguished in the Greek military cyber defense exercise “PANOPTIS”, and is co-founder of the “Greunion” CTF competition team with several world-class distinctions in cybersecurity. He has served as a captain and coach to the national cybersecurity team participating in the pan-European cyber security competition “ECSC”. 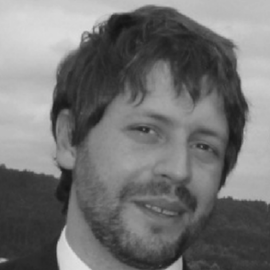 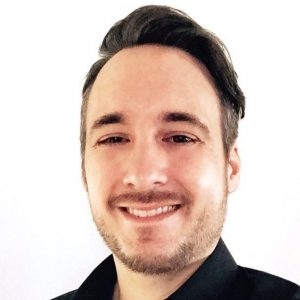 Bachelor of Science in Informatics with specialization on Encryption in 2009, working for several businesses as Encryption and IT Specialist. Software Engineer. Since 2015 CEO of a successful Messenger company focused on mass adoption. Crypto Enthusiast since 2011 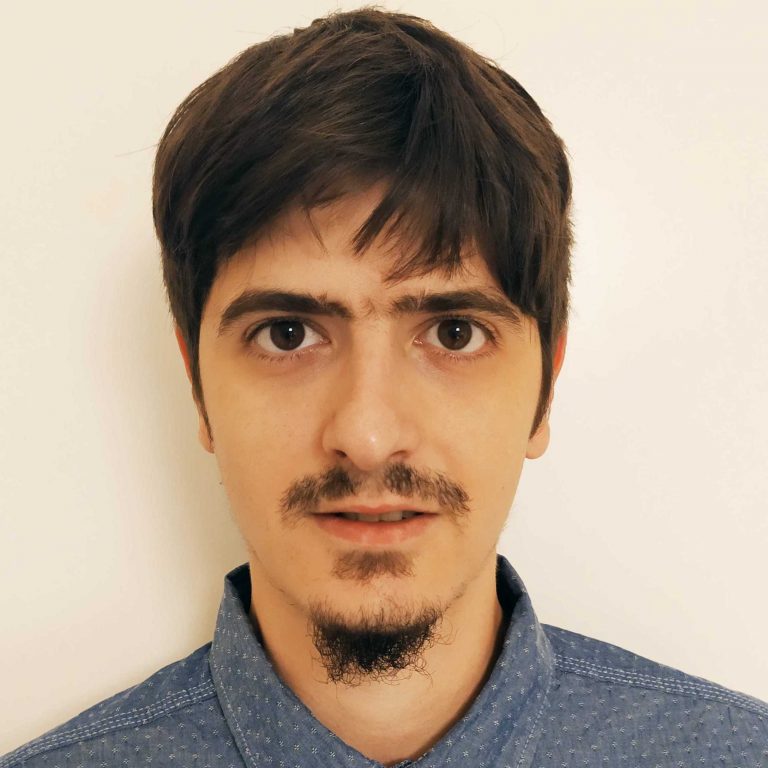 MSc ECE with specialties in software, hardware, electronics and robotics-automated systems. His passion is software engineering especially when working in blockchain. He has over three years of experience programming in Solidity, Java, C++, Python, and Javascript. He’s proficient in Solidity and adds EVM code in his smart contracts, creating perfect combinations for his projects. He is passionate, excited, and committed to his job to the extent that it is more like a career filled with excitement and joy rather than required work that must be completed. 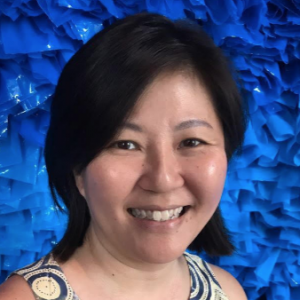 Envelope Linkedin
A technopreneur for the last 20 years, she is an established expert in blockchain and a much sought-after speaker at various financial, technological, and Fintech conferences, as well as a leader of Top FinTech Associations. She is also an adjunct lecturer of FinTech Association of Singapore and a member of the Oxford Blockchain Strategy program.

She started her first internet software development house to supply internet dialers to the 3 Internet Service Providers in Singapore in 1999. By 2007, she caught the Apple Apps train and developed more than 50 mobile apps. In 2016, She was intrigued by blockchain technology and the revolution it would bring. With her experience in technology, she decided to invest in blockchain-based companies instead of building another one; much prefers the Warren Buffett way where she can invest in companies that may be the future Google or Alibaba. Her deep passion even propelled her to write a book, New Assets, in just three months. Her vision is to attract people to ride the cryptocurrency wave as this redistribution of wealth only happens once in a lifetime.

Currently, she is writing her second book focused on how the blockchain will change our lives. Most recently, she was an advisor for Micromoney (raised $10million), Suriety, and Bither Platform. 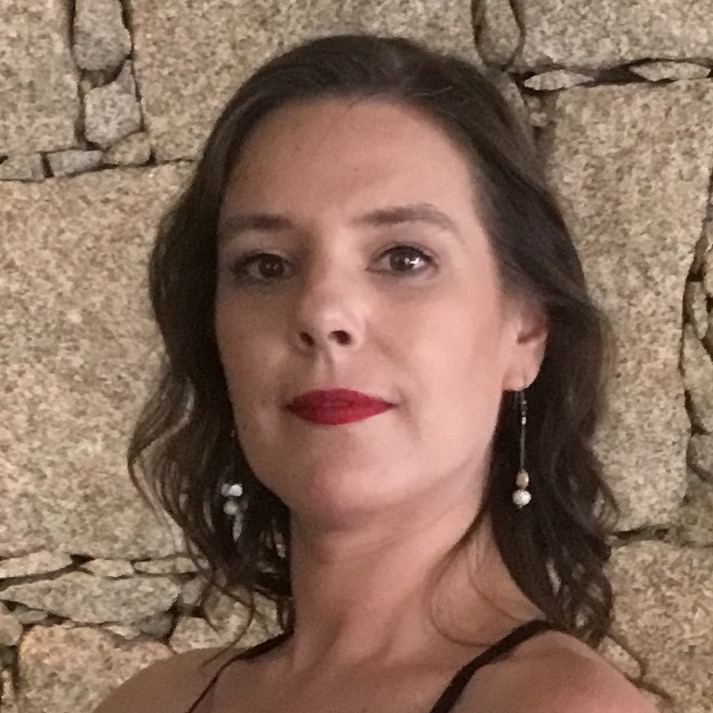 Masters in Molecular Biology. Truly in awe of life.

Researched until the age of 31 when she transitioned into customer support contact management due to her strong interest in helping people.

As a blockchain enthusiast, she is passionately pursuing a decentralized world. Working with GCA, she can now help build one! 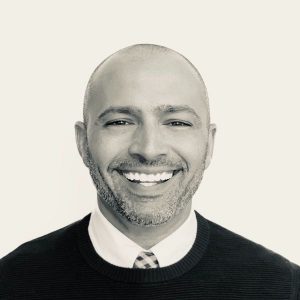 Specializes and actively researches blockchain use cases and is an experienced digital growth strategist-Background in business administration & innovation.

Has coached teams in dynamic and fast moving environments while following a structured approach with a focus on long term success. Specialized in Diplomatic History. Social Media Manager for Blockchain and crypto-based​ projects with over 3 years of experience. 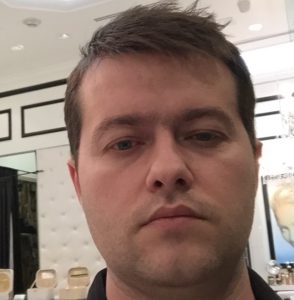 Nine years in sales training and managing 25+ salesman, improving their ability to sell as well as educating in financial strategies.

Accountant, specializing in Greek and European financial and tax systems since 2013. Areti has experience in operating various ERP systems, including operational use of QuickBooks and other world-class commercial software. Her daily routine includes supplier and customer balance agreements, credit – dept settlements, invoicing, income – outcome auditing and more. In addition, she is a M.Sc. candidate in Digital Currencies, a postgraduate program that combines traditional accounting with the world of blockchain. In her spare time, she likes to learn foreign languages and already has fluency in English and operational command of French and Spanish. 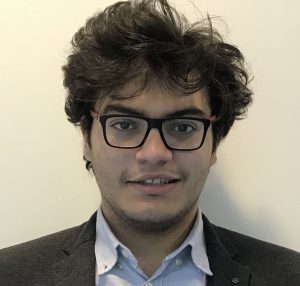 Straight from Dubai, an Executive MBA Holder, a bachelor’s degree in finance and the Co-Founder of YalaGroup, Zied spent all his time advocating for Bitcoin. He created awareness and trained people in the MENA Region to know more about cryptocurrencies. Zied is working on YalaCoins, which aspires to become one of the leading & most innovative cryptocurrency wallets & services company in the MENA region. He worked with huge groups like, Accenture, ADGAS, Cisco, P&G, Schlumberger, Honeywell, Halliburton and Emerson. 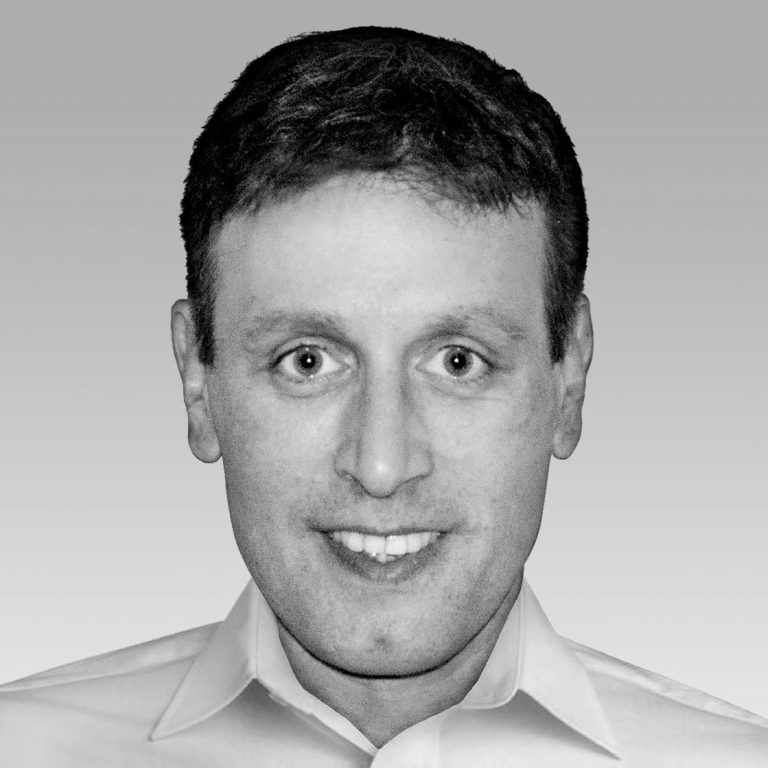 I started working as graphic artist for about 20 years ago. I quickly supervised projects in web-developments and graphical animations as a flash-developer.

Since that I am working as a graphic artist in the advertising industry. 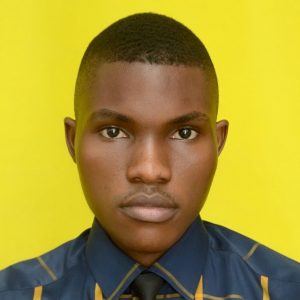 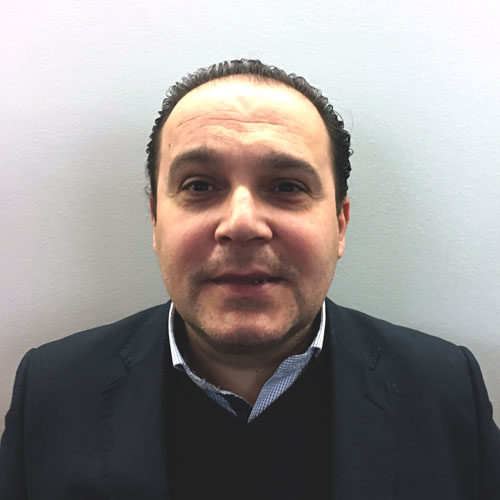 Lawyer registered in the Portuguese Bar Association since 2002, master’s degree in forensic legal sciences, postgraduate degree in public contracts, practice in corporate law, commercial and civil law, as well as in international relations, expert in negotiation and bar practice in the courts. 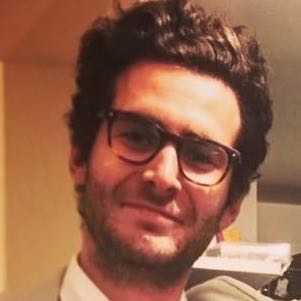 Furthermore, he is a consultant and representative at Faster Capital. He was interviewed about his success in a bear market and qualified as “Best Crypto Advisor in France” by Forbes, as well was featured in several other media such as “The Crypto Investment Times”, “investing.com“ or “ business.com“. 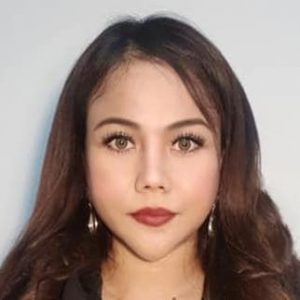 Leading personality, public speaker and voice of progress to the cryptocurrency community and emerging markets.

While advising several blockchain projects, Jen is also on The New Money Systems Board- Lifeboat foundation alongside Vitalik Buterin (Founder of Ethereum) and Charlie Lee (Founder of LiteCoin).

Currently working with Blockchers, a project funded by the European Commission with Frankfurt School Blockchain Center, supporting and investing in SMEs engaged in blockchain initiatives across Europe.

Advisor to the U.S. Blockchain Association, known as “Jennyfromtheblockchain”, Jen is one of the most highly regarded female crypto/blockchain influencers in the world 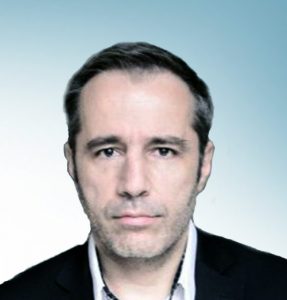 Eric is an Executive Creative Director who brings fifteen years of experience in advertising, marketing and branding. Linkedin-in
Founder of the first crypto asset management fund in the Netherlands (CVC B.V.), and is also a licensed global elite for the Chinese-founded institutional and private exchange Huobi.
He assists clients in investing capital in distributed ledger technology, specialized for both private and professional investors. Heads up business development and distribution for the fund SCTAG GmbH in Switzerland supporting companies in capital fundraising, investor relationships, business development and go-to-market strategies.
Before entering the world of distributed ledger technology, he worked for one of the biggest banks in Holland the ABN AMRO Bank N.V. 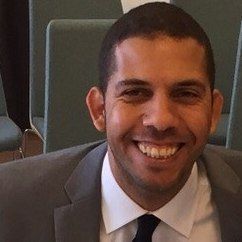 People will forget what you said. People will forget what you did. But people will never forget how you made them feel. That’s why Silvano always puts the users at the center of the design process. Blockchain is disruptive and requires a new perspective on sales, marketing and customer service. Silvano has a Bachelor of Information Technology with extensive experience in a software development environment. Based on his passion for blockchain technology and customer journey mapping, his mission is to simplify complex blockchain solutions so they can be used by everyone in the world 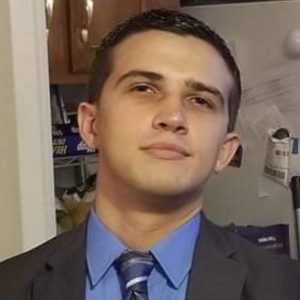 Has 8 years of experience working in business management roles. 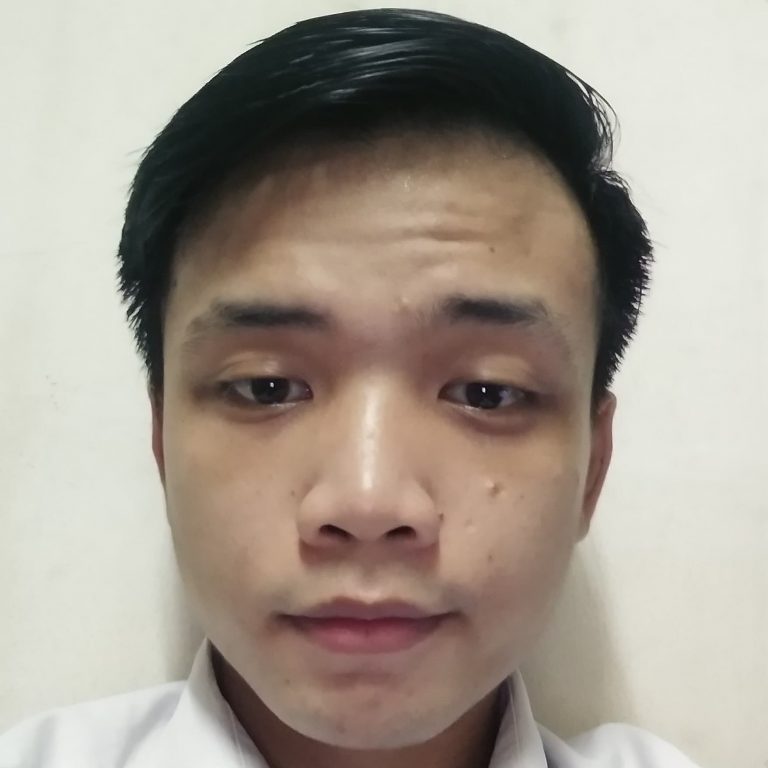 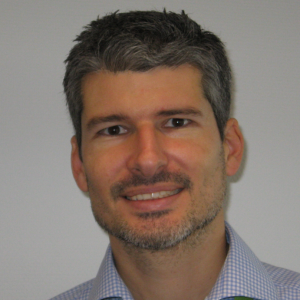 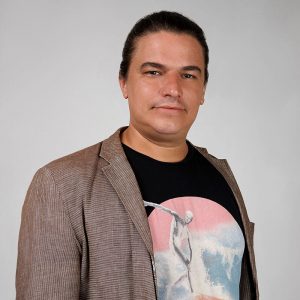 Academic background in Graphic and Games Design  in Portugal and the UK.

Digital marketing and Branding specialist with more than 15 years of experience. 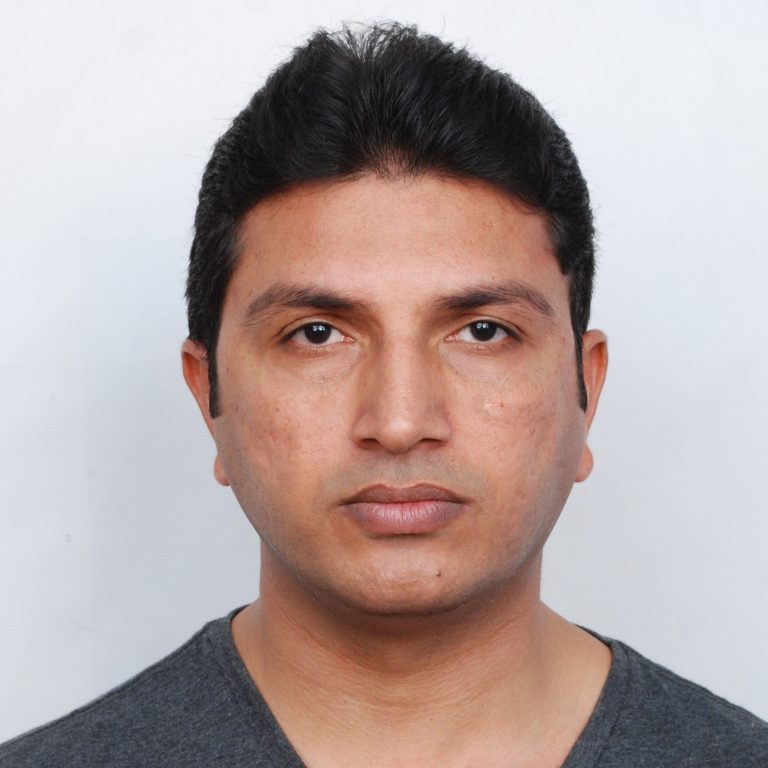