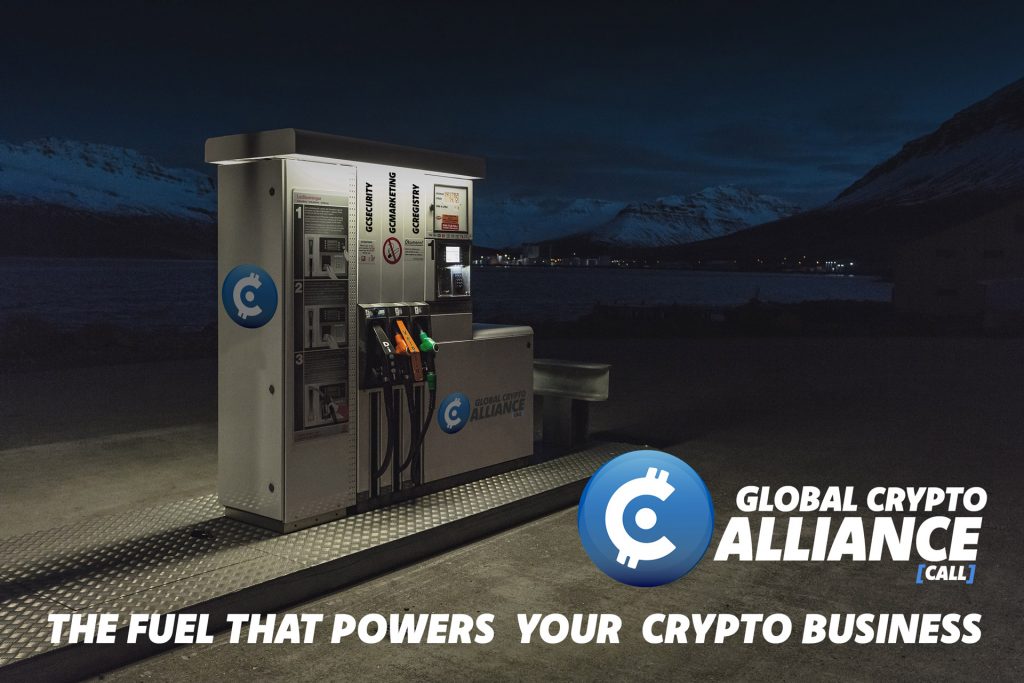 Are you a company owner or an entrepreneur launching a new business, and asking yourself if Blockchain is for you or even looking for the right asset to rely on?

Well, then, this is an article exclusively for you. This is the first one of three articles exploring Blockchain technology, Ethereum Network and specially the first ERC777 token cryptocurrency ever created on top of Ethereum, CALL token, and the advantages that this modern decentralized cash system can represent for your business.

Since this is article #1, let’s not start yet with what the ERC777 CALL token is, or with those reasons why you will want to fuel your business with CALL.

Let’s assume this is the first time you study about the Blockchain and start from the very birth of Crypto.

In the beginning Satoshi Nakamoto created Bitcoin and the Blockchain. That was the Big Bang of Decentralization, Blockchain and cryptocurrencies. Bitcoin is the grandfather of all cryptos. It implemented for the first time in history the possibility to store value on an electronic public ledger and to perform transactions involving value from peer to peer, without the assistance of any kind of third parties. 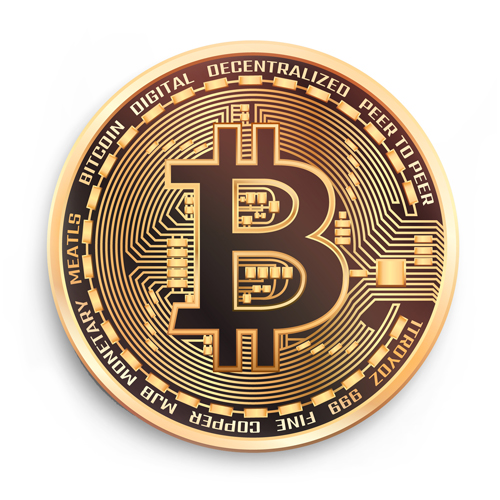 Bitcoin’s legacy was the technology of the Blockchain, a new kind of distributed digital cloud capable of storing coins and of keeping unhackable records of people’s cash savings and of all payment transactions since the creation of the first coin. Bitcoin was born in January 2009.

In 2013, a brilliant young kid named  Buterin Vitalik who had studied the mathematical and technological bases of Bitcoin, proposed a brand new advancement: why not create a new kind of Blockchain that could also run computer programs inside the decentralized network instead of limiting ourselves to use this technology merely to manage coins?

Vitalik found help in more developers and his idea conducted to the creation of the first Blockchain capable of running computer programs on top of the Blockchain; the name of this unprecedented Blockchain is Ethereum, a global network of computers forming one supercomputer.

Basically, a Blockchain is a supercomputer whose hardware is alive and can evolve to a huge size of thousands of times the dimensions of Google, Facebook or any other machine in the planet. This hardware is not in one specific geographical location, but distributed all over the world. In Vitalik’s words, Ethereum Network is “the fabric for a kind of new Internet infrastructure”, an amazing new kind of World Wide Web. By implementing decentralized computing power in real world, Ethereum gave birth also to a new kind of decentralized software that could be used to run small, medium-sized and big businesses in an autonomous way without a central authority to be in permanent control: “smart contracts”.

A smart contract is a computer program capable of computing any kind of the commonly known functions we see in applications on computers, smartphones or tablets.

The smart contract allows the two parties to transact without any kind of intervention of a third party offering the highest level of security and trustworthiness.

A smart contract is a software living inside the Blockchain. It can do the job of a company’s managers, or the job of decision makers at a bank or even the job of a government. These are third parties who intervene when two people want to agree on things and do business. The Blockchain eliminates the subjectivity and in-transparency of these trusted third parties. 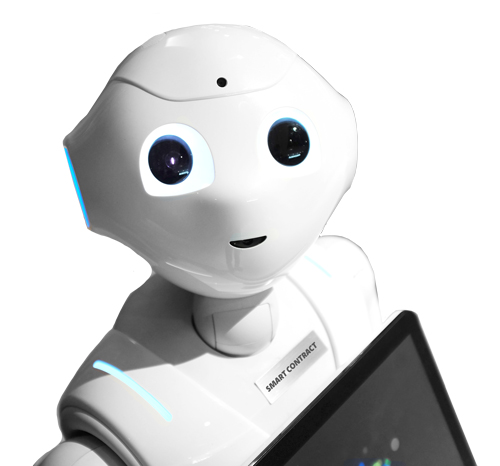 Smart contracts nowadays are used typically to exchange money, shares or anything of value like any piece of property. But they are developing in a way that, in the near future, even big projects and corporations could be run by sets of interconnected smart contracts working as Artificial Intelligence (AI).

The Blockchain can take care of big businesses while humans become creators and dedicate to developing.

If you are a code developer or if you learn how to write a computer program, you could create an application that runs in your own computer, or in your smartphone or tablet, designed exclusively to interact with Ethereum Blockchain’s smart contracts.

An application of this kind is what we call a “Decentralized Application” or a “DApp“.

You can have, for example, a smart contract that controls an entire business —even a big company— in an automatic and autonomous way from the inside of the Ethereum Blockchain. And you can also have, away from the Blockchain, thousands of people using a DApp installed in their computers to connect to that smart contract in order to participate in the business.

The smart contract would have all the business logic and rules to make correct, transparent and totally objective decisions. The thousands of users of the system could be service providers (like executives or employees of a company) on one side, and clients on the other side. Since the smart contracts are AI that runs the business from within the Blockchain and not from a centralized computer system, neither the company nor the clients can tamper with the system or hack it; hence, the level of trust both parties enjoy is the highest ever conceived for an electronic system.

Well, so far we have been able to explain that Bitcoin gave us the first Blockchain and that it was capable only of managing digital money. We also reviewed details about Ethereum Blockchain, the Blockchain 2.0 which is actually a super computer capable of storing and running these programs called “smart contracts”. Fine. This is very exciting.

But, what about the so called “tokens”, as CALL token, the first ERC777 token?

And what is the advantage of using an ERC777 token instead of other tokens?

Well, this question is the main topic of our series of three articles. And now we are ready to articulate a fine answer. In the following paragraphs we’ll review what coins and tokens are, and why a token can be an extremely convenient business solution, in order to prepare our minds to comprehend the technical details of CALL token that we will see in articles #2 and #3.

While you study the Blockchain and the way cryptocurrencies operate, you will find two common types of currencies: coins and tokens.

You will hear people say that Bitcoin and Ethereum are coins, and that CALL is a token.

What's the difference and why would you choose a token to run your business?

In simple terms, both, coins and tokens are digital money based on a open, public, global, decentralized and censorship-resistant ledger. Both are money. However, a coin is an asset that fuels a Blockchain while a token is a smart contract on top of a Blockchain, like Ethereum Network.

A coin is made for a very general purpose in most cases: to fuel its Blockchain and to gain value. In the case of a token, on the contrary, since it is a program, you can adjust it to behave in a way that is more suitable for a specific business.

In most cases, when you are creating a token, you consider all the characteristics you want in your token for it to provide best support for some kind of businesses, then you deploy your customized token in the Ethereum Network and it stays static —impossible to modify— forever. So you create a coin adjusted for the logic of the super computer and you create tokens adjusted to the logic of some sort of businesses.

CALL token is one of a kind.

Unlike all ERC20 tokens, CALL is a non-static token. CALL token was created and launched by the Global Crypto Alliance very recently in August 2018. CALL token is the only ERC20-fully-compatible token that offers the possibility to add new code and new functionality even after having been deployed to Ethereum Blockchain.

It is clear, then, that a token might be a better option to run a very specific business with particular requirements since tokens are customized programs. And it is also evident that, among tokens.

And it is also evident that, among tokens, CALL token is amazingly outstanding for business development since its functionality can evolve in order to fit in future ecosystems and to solve future new needs.without a need of a SWAP. 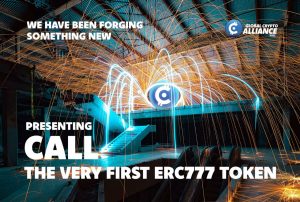 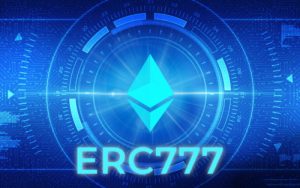 [Technical Update] Why we chose to don’t sell or distribute CALL token yet ? 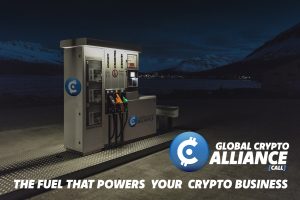 PrevPreviousGenesis of Global Crypto Alliance (GCA) and the very first ERC777 token: CALL
Next[Technical Update] Why we chose to don’t sell or distribute CALL token yet ?Next

This website uses cookies to improve your experience while you navigate through the website. Out of these, the cookies that are categorized as necessary are stored on your browser as they are essential for the working of basic functionalities of the website. We also use third-party cookies that help us analyze and understand how you use this website. These cookies will be stored in your browser only with your consent. You also have the option to opt-out of these cookies. But opting out of some of these cookies may affect your browsing experience.
Necessary Always Enabled

Any cookies that may not be particularly necessary for the website to function and is used specifically to collect user personal data via analytics, ads, other embedded contents are termed as non-necessary cookies. It is mandatory to procure user consent prior to running these cookies on your website.